The history of the village of Castell de Castells goes back many years, as we have a Neolithic cave paintings sanctuary  maximum exponent of the Levantine Art, declared World Heritage, dating back to 6000 years BC. But strictly our story begins in 1244 and its first historical characters are the Moorish “Al Azraq” and Rey Jaime I.

The “Castells” River in conjunction with the castle is located in the “Penya Castellet” in Serrella, that gave the village its name: Castell de Castells, that seltered three towns, “Alcudia“, “Aialt” and “Vila” to the April 16, 1244 to be joined by donation of Rey Jaime I  to “Abu Yahya Abu Ben Isaac,” Lord Castiel, those of Isbalan [Espel.la) and Batracos (Petracos) as described in the Arabic version of the treaty agreement “Pouet de Alcalá” between “Al Azraq” and Prince Alfonso of Aragon.

Therefore, The Valley of Castells Castell consisted of five towns. After several historical facts “Espel.la” and “Petracos” were depopulated and the nucleus of “Aialt” and “Vila” were absorbed by “Alcudia” becoming L’Alcudia of Castell de Castells.

Another important date is 1290, on the first of September  of this year the King of Aragon did a perpetual sale to Bernard Sarria, the castle named “Castell” with the town and the suburb with all rights.

There have been many visits of the Governors of the Order and thanks to that we have real reports of  how was the life of the people. A very important one was done in 1648 by the General  Governor of the Order of Calatrava after the resettlement. In 1609 by order of King Felipe III they expelled the Moors and the towns of Castells ran out of people, but people came very quickly, although only Alcudia.

From century XVII conflicts continue. After the Battle of Almansa the Valencia feudal regime was very weak and with many riots.

Unfortunately later times came very convulsive and Castells lived a very peculiar way. Times as the confiscation of goods, the “Commit” despotism, banditry, “the roders“, with the “tio Mixana” civil war … will result in many episodes in the history of the town, but we can not develop here for reasons of space and time … From all these facts we have to remember one important 1848, the year of revolutions throughout Europe against the old regime a “Castellá” from Castell de Castells, named “Llorenc” with a group of men took the “Castell de Guadalest“, symbol of nobility to the area. But this is another story … if you do not want to stop knowing you must come to the village of Castell de Castells. 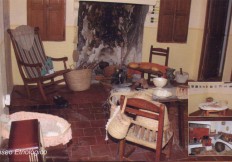 “Art Museum Macro-schematic” of Castell de Castells, is located in C. / Sant Roc, hosts a reproduction of the cave paintings “de los abrigos”, projecting an audiovisual that approaches the visitor to the prehistoric times. Besides the rock art sanctuary is exposed part of the Archaeological Museum of Alicante (MARO.) with Archaeological routes in Pla de Petracos and the Lucentum site, Illeta de El Campillo . It is considered that in this beautiful spot are most valuable examples of so-called “Macro-Schematic Art”, characterized by large paintings done in a dark red color, and are easily visible at a distance. The rock art sanctuary of  “Pla de Petracos” is composed by 8 coats, of which 5 have perfectly visible paintings . The macro-schematic execution are well observed in the 4 next coats, highlighting the representation of the figures of “praying”, bull, wounded deer, couples or groups representing the fecundity and fertility, as core values ​​of the first farmers and shepards. 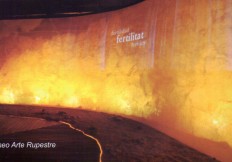 Castell de Castells has an Ethnographic Collection that brings together objects of various kinds related to traditional ways of life and the rural world inside the Alicante mountains. The room where it is installed belongs to the ground floor of an old house that belonged to a prominent family in the village. Used for storage spaces, mainly oil, essential product of cultivation and consumption, the kitchen, important part of daily life and where they enjoyed leisure time and domestic activities, and the stable with a generously sized crib, “all objects have been donated by the population of the municipality.”

Castell de Castells has an Ethnographic Collection that brings together objects of various kinds related to traditional ways of life and the rural world inside the Alicante mountains. The room where it is installed belongs to the ground floor of an old house that belonged to a prominent family in the village. In it stand out the storage spaces, mainly oil, essential product of cultivation and consumption, the kitchen as a important part of daily labours, and where they enjoyed leisure time and domestic activities are performed, and the stable a generously sized manger, “all objects have been donated by the residents of the municipality“ 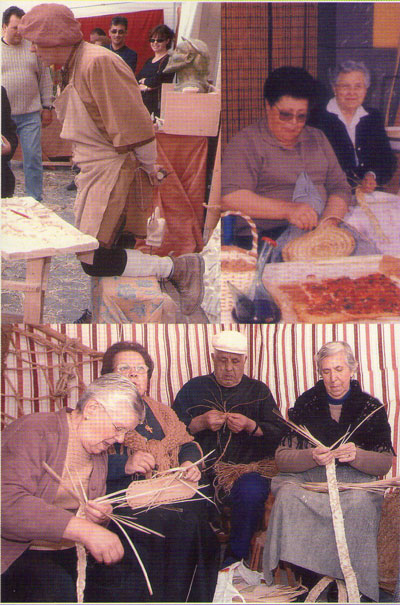 In 2001 at the request of the festival committee, the City organized what would be the first edition of a fair, at a start intended to raise money for the local festivities.
It was a fair in which we showed the typical cuisine, handicrafts and folklore of Castells. And where in the begining we expected to provide some help to the committee.
But because of the excellent organization and a massive participation of all those who would be involved in the development of the fair, it proved to be such a success that we condsidered continuing subsequent years.
The exhibition tries to show, first, the particular and excellent baggage inherited from our ancestors. Simple meals, crafts and folklore crafts, mixed with the activity of the various entities of the village that help put new energy into the social and economic values of the village.

The fair is held the last weekend in April