Discover the interior of the Costa Blanca

In the Costa Blanca it has defined a type of tourism led by the famous beaches of Benidorm, but do not take this wrong, just behind the coast there is are mountain landscapes that will surprise even the most experienced hikers.

This northern part of the Cordillera Bética, mainly made of limestone, gives this area its mountains and its archaic and rustic look. A terrain full of peaks, ridges, cliffs, canyons, gorges, pinnacles and peaks that create a unique landscape. With an amazing network of trails and bridle paths, some of them built in the Muslim period, this place is a paradise for hiking, and spectacular panoramic views, secret corners in any mountains and historical greatness modeled forever in the limestone.

Hiking around the Serra de Bernia 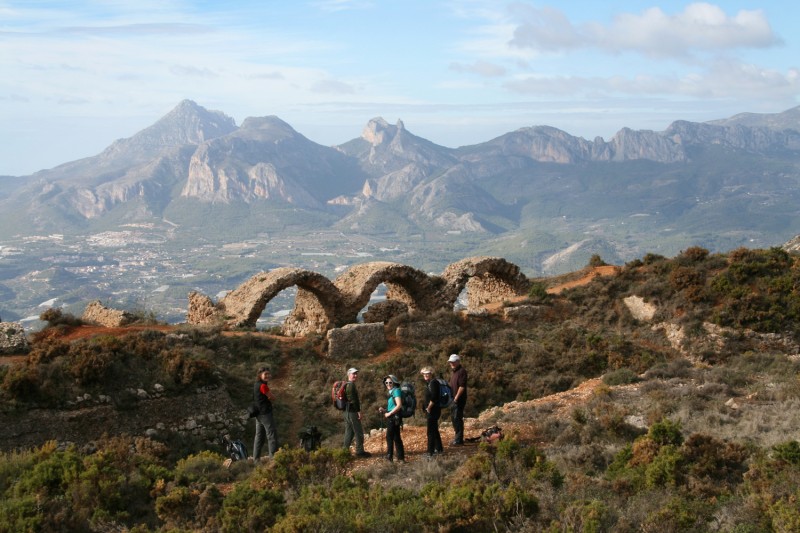 This route surrounds the spectacular Sierra de Bernia crossing it through ‘El Forat’, an amazing tunnel that crosses and connects both sides of this beautiful mountain. One of the best routes in the Costa Blanca and very suitable for all audiences with little physical difficulty.

Walk along the crest of the Serra d’Aitana 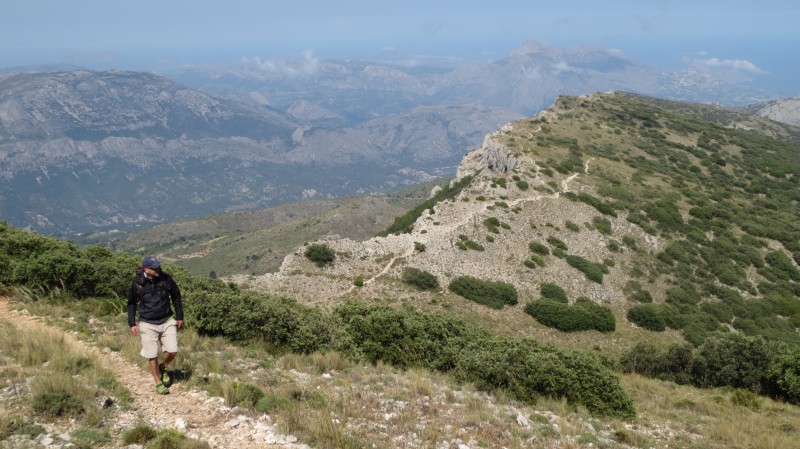 Tour that will allow us to explore the heart of the Sierra de Aitana through the narrow ‘Pas de la Rabosa’ and walking along the sea-facing ridge. To the south we see the Puig Campana, Ponoch and Penya Cabal, north Serrella and Aixortá. Definitely an unforgettable tour with a breathtaking view.

Leaving Castell de Castells we ascend a nice trail that leads to el Portet de Cas-tells and on to ‘La Penya del Castellet” one of the oldest Muslim ruins of the region. Not yet clear but it may be that this type of watchtower fortress was built in the twelfth century to safeguard the Islamic farmhouse that was founded around that time where today Castell de Castells is and became known as the Alcudia. It was one of the most important in the area for its strategic location to enjoy stunning panoramic views that served to control the surrounding valleys. 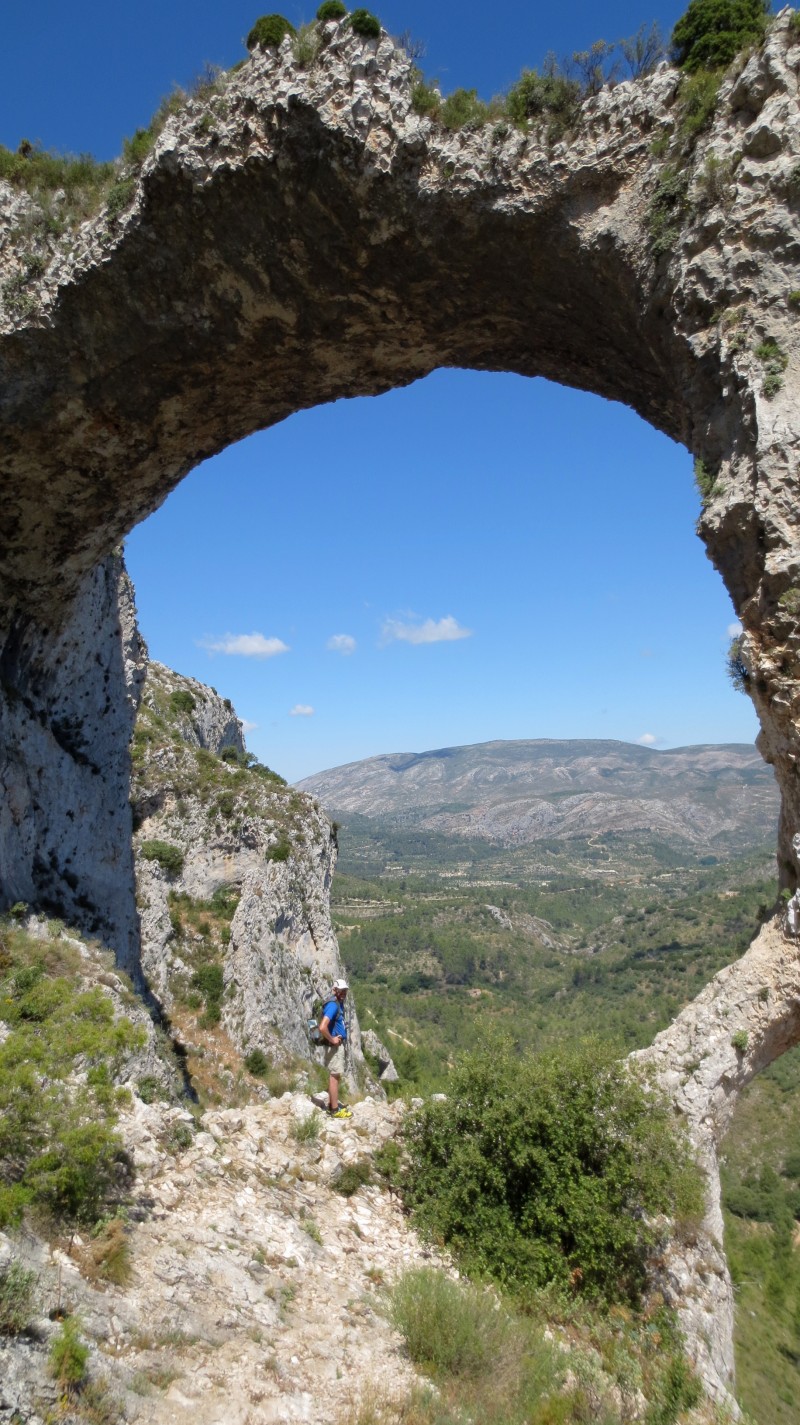 We enter the Serra d’Aixorta with the intention to explore the best of the tracks and with the goal of ascending Penya Alta, or as commonly known peak Aixortá with 1221m altitud.

After crossing from west to east a good part of the mountains, mainly by good roads, we reach to Els Arcs a beautiful limestone formation shaped arches. We continue climbing up to the top of the Teixos, the base of the High Penya and then a steep climb to the top with incomparable views of the sea, east Bernia and Aitana to the southwest. 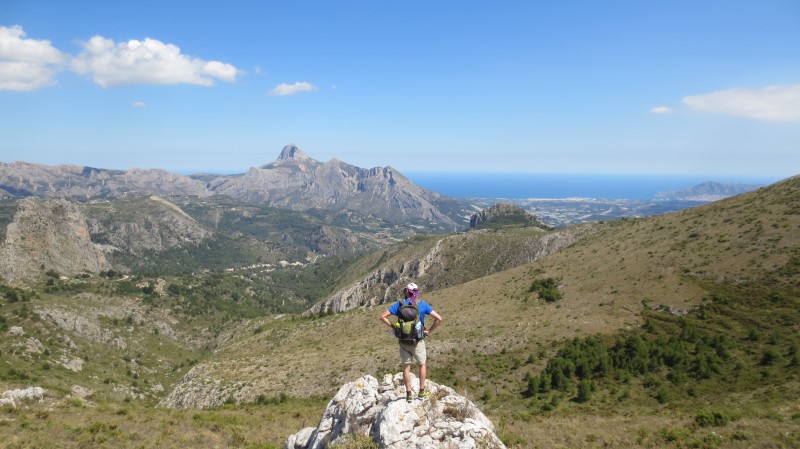 Circular route that leads us to explore the little known Serra Raco Roig. A small but beautiful foothill of the Serra d’Aixorta, one of the most traditional trails in the area. The famous Sendero del Correo used to bring the mail to inland villages and connecting the coastal towns like Calpe or Denia with Castell de Castell, Famorca, Facheca and Benimasot through Tarbena. This trail was about to disappear but thanks to the support of some villages like Castell de Castells and some people passionate about the environment and its history, today its recovered and is marked and in use again.